Is this real life?!

Date #2 with guy #2 was really fun.  You cannot go wrong with comedy clubs!  I am once again a cheap date since dinner and the show was $16 pp... although I then think we spent more than that on beers.  I might have to go back a few more Wednesdays!  Plus, we both got to see a new part of Livonia... although there are lots of parts of Livonia I have never seen.  He did make fun of my aversion to GPS and for using printed out directions... but I got us there on the first try!  (never doubt my sense of direction... I am never "lost" but I do take "the scenic route" occasionally).

After work and a 3 hour drive, the kids and I will be headed to Union Pier for the annual New Years shit show.  I remembered to pack vodka, underwear, slippers, a toothbrush and fat pants so my bases are covered.  I will be the only single there... ugh.  However, one gets used to it.

That is all, for now.  I am tired and my wittiness is not turned on yet for today.

For your enjoyment, I leave you with this:

Welcome to the East Coast

The experience of trying to find love is a difficult one for any woman. It’s a trying experience that includes rejection, bad dates, and a combination of a million different crazy experiences that make for nothing less than hilarious reading. No matter how challenging the average single-and-dating life may be, it is made infinitely more interesting (and challenging) if you are me. For those of you who are just “meeting” me, let me explain: I just so happen to be 6’1’’. Though I have nothing against men who happen to be altitudinally disadvantaged (to put it nicely), I just do not tend to be attracted to them. Along with being a matter of physical attraction in a relationship, it tends to lead to other relationship problems as well. Simply put: it’s damn near impossible to get a man to listen to anything you say when his eyes are the same height as your tits. Furthermore, when you have spent your entire life being taller than the average MALE, you tend to get a little tired of a few things. Some of them are frustrations that can be remedied for a price: can’t find pants long enough…buy them online. Get tired of people making up stupid nicknames about your unusually large size…step on them (joking!). But after 25 years of towering over men and women alike, a girl just wants someone who just makes her feel like, well…like a girl. So as difficult as it may be for the average woman to find a unattached, attractive, employed, honest man…let alone a man that I have any kind of chemistry with, that chance becomes probably about 80% less likely when you consider that that man also would be preferably over 6’4’’.

That all having been said, let’s open with the first date I went on as a Maryland resident. I’m relatively shy, and tend to be pretty shy about approaching people or flirting with people I just meet. There are, however, two exceptions to this shyness: when I am playing basketball and when I am drinking. It is when participating in either of these two activities that I tend to feel the most confident of myself. In fact, the majority of the guys I have dated have been guys I met and got to know through playing basketball. This date, unfortunately, was met during the latter of those two activities, and let me tell you, it is RARE that you actually meet a decent man out at a bar. I happened to meet this gentleman (I use that word as name only, not adjective), in a section of town that I rarely frequent. Our group had been drinking for the better portion of the day, starting with shots during the Ravens/Steelers playoff game and then continuing into the wee hours of the night. We spent several hours shaking our booties in a way that only drunken white girls have perfected and scoping the scene for men who tower over the crowd (a sure fire way to see if there is any eligible bachelors that fit my height requirement). All in all it was a fun night, what I remember of it.

Fast forward to the following weekend, I received a drunken text message from an unknown Baltimore number. After about 20 minutes of confused text messages and a photo swap, I finally had a moment of enlightenment: on my way out of the bar, a random guy had grabbed my ass. Apparently, as drunk as I was, I figured that was as good a way as any to introduce oneself, and left him with my number. I was new to the city, and decided to not hold the ass-grab against the guy, so we made plans for a date the following Friday. This is where it gets interesting.

Baltimore, as with most big cities, is home to an abundance of down home, locally owned, inexpensive, authentic restaurants. For a pretty cheap rate, you can get Mexican, Greek, Italian, fresh Maryland seafood etc, which I think is a huge part of the charm of living in the city. Where does Joe Schmoe suggest? OUTBACK. Yes, the place with those 5,000 calorie exploding onion things!
Now, Outback is a NICE restaurant, if you come from Flint, Michigan where culture and fine dining hardly exist. However, to eat there in a place like Baltimore where there are so many options, is a bit disappointing. But I decided not to hold it against the guy. On Friday I had to referee a couple of basketball games, hustled home, showered and put on a cute outfit. I drove over to Outback (because I have no intention of letting some random bar guy pick me up in his car) only to find out on the way that there is a 50 minute wait. Way to go sir, NOT making reservations on a Friday night. I am starving, so I suggest we check out another place in the area, and Bar Dude tells me he spotted a great place just up the road and to follow him there.
We pull into a shopping plaza and park. He hops out of his truck and excitedly escorts me…..right up to the door of Chick Fil-A. Awesome. Fast food on a first date.
Needless to say, that was the last I have seen of Bar Dude.
On the bright side, he did spring and pay for my chicken fingers.
Posted by Katie at 2:19 PM 2 comments:

I thought it would be fun to get another batch of horror stories from a single friend on the East Coast - Baltimore, specifically.  Look for some guest blogs from Katie... including the infamous Chik-Fil-A guy!
Posted by Beth at 1:07 PM No comments:

So I had my second Match.com date of the week last Friday afternoon.  Since we were both off, we decided to meet for lunch in Mexican town.  Where else can you get 2 delicious lunches and 4 Dos Equois for under $20?!

Anyway, he is a really nice guy - 31, never married, works as a union negotiator (or something), loves his job, close to his family, all that jazz.  We talked for 4 hours on all the subjects you are not supposed to bring up on a first date - politics, religion, bad dates and sex.  Oops.  I kept my pants on but we did end the date with a kiss.  He seems to know what he wants, which is good for me since I am horribly indecisive.  He did mention, however, that he wants a wife who wants a career... which may interfere with my "stay at home wife" goal.

Date #2 is supposed to be tomorrow night.

Guy #1 came over on Thursday night in his pajamas to watch tv.  Literally, we watched Tosh.O in pajamas... that is it!  I fell asleep on the couch and he went home at 1:30.

Guy #3 postponed our date.  Probably good since I am already overwhelmed.  This multiple guy interest is new territory. 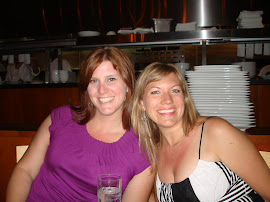